Why Ghana?
Despite covid-19?
Come closer
Take your pick 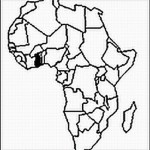 Ghana and its Heritage –

Today’s Ghana presents itself as aspiring developing country with a democracy and an open-minded population trying to implement the difficult transition to a modern industrialized society, with quite a lot of daily hustle and an unbeatable optimism.

At the same time, however,  the pre-colonial history and associated traditions are to this day more influential than in many other African countries. For almost 2 centuries, the powerful Asante kings governed an empire which at times covered an area almost identical to the territory of modern Ghana.

Even today, the Asante kings and other “chiefs” represent time-honored collective values and traditions. More than in other African countries, they thus contribute to the society’s coherence and stability. Traditional Asante symbols and crafts objects prevail across modern Ghana – such as the cast metal figurines of the gold trade or the colorful patterns of the famous Kente weavings. If fortunate, you may also witness the ceremonial public appearance of traditional dignitaries.

For centuries, relationships with the European powers were based on trading gold, ivory, tropical spices and wood, but the slave trade has also left its permanent marks, particularly in the renowned “castles” on the Ghanaian coast. 1956, Ghana was the first Sub-Saharan country to achieve independence.

To the visitor, the physical environment of Ghana presents itself as an impressive kaleidoscope: spacious palm-beaches, dense rain-forests, mountainous regions and vast savannahs .

Ghana is trying to open up to tourism as a new source of income. Development in this area however, is still at an early stage, and the foreigner is welcomed almost everywhere with open-minded curiosity and friendliness.

Care for some statistics?

Geography: Ghana lies near the equator, extending between latitudes 4,5° and 11° north and covers an area of almost 240.000 sq. km. The capital Accra lies on the Atlantic coast.

Population: More than 90% of the approx. twenty million Ghanaians are black Africans, belonging to about fifty tribes with more than seventy different languages. The main tribes are the Akan (44%), the Mole-Dagomba (16%), the Ewe (13%) and the Ga (11%). More than 70% speak an Akan dialect; the official language however, is English.

Economy: Ghana has considerable mineral resources, but not much industrial production. The country mainly exports raw materials (gold, timber, cocoa, rubber) and agricultural products). 55% of the Ghanaians earn their living by farming or fishing. There is a strong migration tendency from rural areas to towns; meanwhile about 30% of the population are city-dwellers.

Move to the top of the page

As early as 2001, KASAPA project was awarded the internationally renowned ToDo! 2000 award during the Berlin International Tourism Fair. More

One of the best experiences in our life! We enjoyed so much the hospitality of Susanne, Kofi and all the other staff. We learned so much and came home with such a positive feeling towards the people of Ghana.

What could be better! And I want to add that I always felt safe in this country, during this tour. I could move freely everywhere, was never harassed and always felt welcome.