Home » about us » your KASAPA team 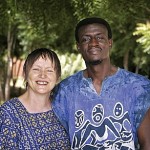 Kofi B. Acheampong is a civil engineer by profession, but long ago he trained himself within four weeks to play base guitar and joined the big-band of the famous Ghanaian Mustapha Tettey Addy. That’s how he met his wife-to-be Susanne and got drawn into the adventure of inter-cultural tourism.

Dr. Susanne Stemann-Acheampong studied theology and psychology, undertook research projects in social science – but in the end became more fascinated by traditional African drumming and dancing. 1981, the very first holiday workshop in Ghana organized by Mustapha Tettey Addy lured her to Africa where she fell in love with the “dark continent” and (some years later) with a certain man.

At the end of the eighties, the couple started a tourism project which later became KASAPA Centre. They run it as “managing director” and “madam director” together with their committed local staff – your KASAPA team.

Head cook Joana Ekua: When she was younger, she wanted to become a Roman Sister – we feel very lucky that, many years ago, she instead has got involved with KASAPA Centre. Working untiringly, she also likes to be the first one on the dance floor when we have party. 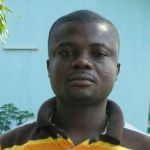 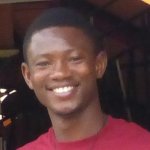 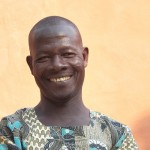 Driver Bismarck Kojo: In Ghana, „Bismarck“ is indeed  a first name (especially in the Volta region which has been a German colony a century ago) – but in Kojo’s case the name is self-appointed out of admiration for the „Iron Chancellor’s“ leadership qualities. Travelling with this Ghanaian Bismarck, however, you will probably be more impressed by his gentle humour and caring attitude. 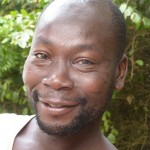 For well over 15 years, he has been a member of our staff and is responsible for practically everything: room-management, allocation of labour, maintenance, courier-service, occasionally guide for short tours – simply, a real “all-rounder”. 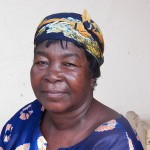 Washerwoman Sister Mary Efua: Being our first contact person in Nyanyano, the fishing village where KASAPA Centre belongs to, she introduced Kofi and Susanne to the traditional dignitaries of the community where her father played a very important role as “chief linguist”. Present at the “birth” of KASAPA Centre, she has been with us ever since and her quiet, friendly and stable presence is one of the staff’s mainstays. 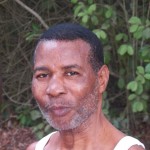 Master drummer Kofi Misiso: Among the Ghanaian musicians, he has played a vital role in shaping one of the main Ghanaian centres for training and stage-performance, the “Arts Centre”, and on many occasions led dancing/drumming ensembles to Europe, also giving lessons in Germany. We are more than pleased that, despite severe health problems, he has now joined our staff as a competent, patient and humorous drumming instructor. 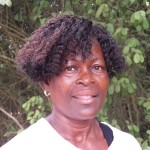 Dancing-instructor Philomena: On the one hand „Philo“ is a typical Ghanaian woman – a very busy owner of a market stall and, in her late forties, mother of adult children. But, as a dancer, her body movement is as elegant and as charming as a young girl’s, and in our KASAPA workshops, she cheerfully and professionally instructs her white pupils.

Drumming-assistant Figo: He is also a long-standing member of staff at KASAPA. In our community, Nyanyano, he holds an important office as leader of an “Asafo Group” (= traditional group similar to a rifle club). That apart, he loves painting, and displays his artworks at KASAPA Centre.

Xylophone-instructor Birituro Isaac: He comes from a family of world-famous xylophonists (Kakraba Lobi) ,and we are delighted to have him complement our staff of artists, whenever xylophone lessons are requested.

KASAPA Centre’s main safety precaution is based on its social integration in the community, Nyanyano. But in Ghana, “security guards” are simply part of such premises. For many years, three security staff members have maintaied this service round the clock: 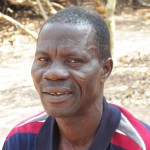 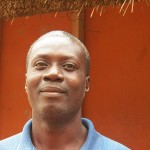 Move to the top of the page

Home » about us » your KASAPA team

As early as 2001, KASAPA project was awarded the internationally renowned ToDo! 2000 award during the Berlin International Tourism Fair. More

One of the best experiences in our life! We enjoyed so much the hospitality of Susanne, Kofi and all the other staff. We learned so much and came home with such a positive feeling towards the people of Ghana.

What could be better! And I want to add that I always felt safe in this country, during this tour. I could move freely everywhere, was never harassed and always felt welcome.